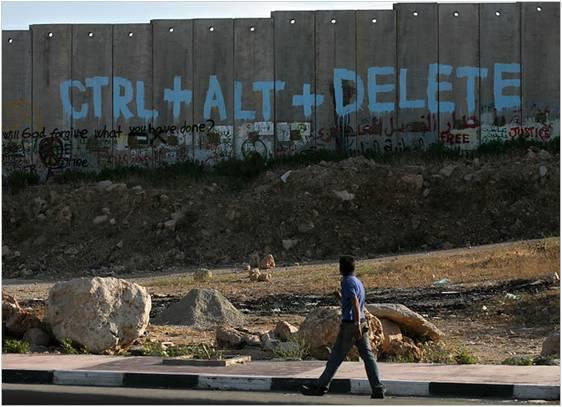 ‘Stop The Cyborgs’ was founded in response to the Google Glass project and other technology trends. The aim of the movement is to stop a future in which privacy is impossible and corporate control total. Join us and save humanity from the cyber collective. We are already continually tracked though smart phones, online tracking, banking transactions, and CCTV. So why all the fuss about a smart phone on your face? Google has the marketing power to make acting like ‘Creepy Cameraman’ socially acceptable. Would you have even considered wearing a hidden spy camera or recording conversations a few years ago? Well soon everyone will be doing it and finding you odd for objecting.

At first read I thought to myself -- I would never be bothered buying a pair. so - no big deal. I guess I didn't give much thought to who might be looking AT me. Are people really buying these? Talking about frying your brain. (i hope blogging is still safe - should I cover that camera peep hole at the top of my computer?)
Posted by JerseyCynic at 12:05 PM 11 comments:

what messages are YOU getting in your skies? I need some help interpreting these. 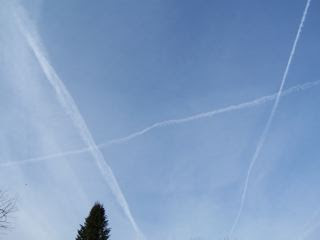 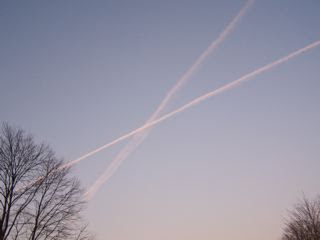 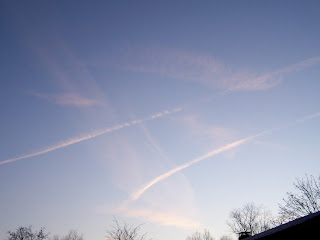 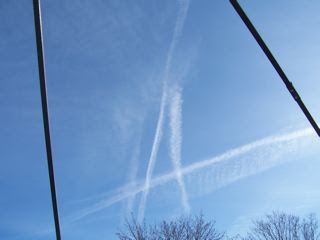 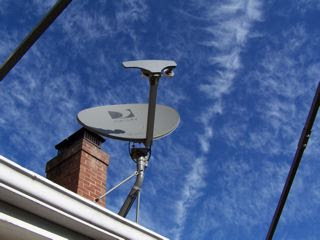 What's New Blondesense Readers? Not a whole hell of a lot - eh? Let's hit the archives!

We're lost in a time loop, dear readers... Good Times!!! 2006 was a great yeart too! a MoMule gem: How a Constipated Doll Baby Sabotoged the Hap-Hap Happiest Time of The Year 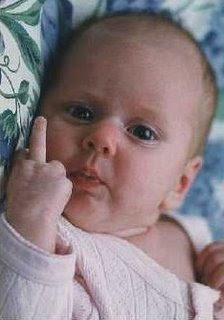 read and weep with laughter!
Posted by JerseyCynic at 9:46 AM 10 comments:

Is anybody out there?
Posted by JerseyCynic at 3:54 AM 16 comments:

Arise, you prisoners of starvation,
Arise, you wretched of the earth,
For Justice thunders condemnation -
A new world's now in birth!
No more tradition's chains shall bind us
Arise, you slaves, no more in thrall!
The Earth shall have a new foundation!
We have been naught - we shall be all!

No savior from on High deliver,
No trust we'll place in prince or peer;
Our own right hands our chains will sever -
Chains of hatred, greed and fear!
Ere the thief is forced to share his booty,
And to all give a happier lot,
Each at his forge must do his duty,
And strike while the iron is hot!

On a nice day in July of last year, a truck bomb was set off in the government center of the Norwegian capital of Oslo.

Which, for the benefit of my readers in the USA, is in Norway.

Eight people died in the blast, and more than 500 more were injured to varying degrees.  Since it was summer vacation time in Oslo, the center wasn't as full of people as it usually is, which explains the low casualty rate.  The bomb itself was our good old friend ANFO (ammonium nitrate / fuel oil), the weapon of choice if you want to make a big boom for not a lot of money.

Surveillance videos showed a man walking away from the truck just before it went horribly nasty, and by reading the registration number on the vehicle the police determined that it belonged to a man named Anders Behring Breivik.  An immediate search was mounted.

They were too late.

Breivik had left the area and headed for the island of Utoya, where the ruling party's youth movement was having a summer camp - boating, group activities, just clean fun for kids.  When a man dressed as a police officer and carrying weapons showed up about two hours after the bombing, no one thought much of it.

Until he shot two off-duty cops who were acting as security (one of them the stepbrother of the Crown Princess).

When the smoke had cleared, Breivik had claimed another 69 lives before voluntarily giving up to police.  Over the course of his shooting spree he would call out that the police were here, that everything was all right, and the kids should come out of hiding - whereupon he started shooting again.

His trial started several days ago, and one of things that surfaced as evidence was his psychological profile.  It said, perhaps not surprisingly, that he was insane.  Breivik immediately repudiated the study, claiming that he was most definitely not insane.

Of course, we remind ourselves that he planned and executed a killing spree, claimed that he was a crusading Knight Templar, and that he was trying to save the country from multiculturalism and "cultural Marxism."  Suggesting that he's insane is a way to put some kind of rational meaning on his acts.  If we can't understand his motives for shooting teenagers and trying to blow up the government, he must be crazy, right?

Timothy McVeigh wasn't crazy, and despite whatever we might think Osama bin Laden wasn't crazy either.  While their world-view may seem skewed to us, they act rationally.  They make their plans carefully (Breivik began planning this in the early 2000s, and one of his ideas was to kidnap the former Prime Minister and behead her on internet video), and they carry out those plans without visible rancor - and without pity (McVeigh set off his bomb at the Murrah Federal Building even though he knew that there was a day care center with small children in the structure).

So, as the trial goes on, is Anders Breivik insane?

No.  He is rational according to his worldview.

How should he be punished for his acts?  Well, that's a poser; Norwegian law has no death penalty, and apparently the longest you can stay in prison for any offense is 21 years.  They might get around that by stringing all 77 sentences together consecutively, but even that may not fly.  In this country (depending on which state you live in) he would spend every day of the rest of his life in prison, or spend an average of twenty years on Death Row awaiting execution.