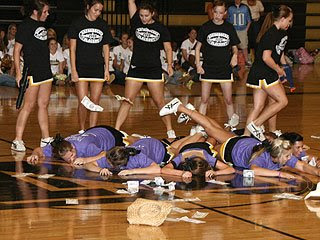 Cheerleaders at Nacogdoches High School in Nacogdoches, Tex., performed a skit wearing cowboy hats and carrying toy guns while they shot down cheerleaders dressed as the opposing team — the Center High School Roughriders — who had come to steal the NHS mascot, the newspaper reported.

In a video posted to Facebook, Nacogdoches cheerleaders are seen forcing the Roughriders to kneel before them and feign shooting the girls in the head. The mock killers then drag their prey into a pile and celebrate celebrate by raising their guns and tossing money into the air.

More than 120 students have signed a petition protesting “gun promotion” at pep rallies, but the school principal, Nathan Chaddick, called the skit "simple, innocent satire" to boost school spirit, according to the Sentinel.
Everybody enjoyed it and had a good time,” Chaddick said, according to the newspaper.

After the incident the school newspaper published an editorial by a cheerleader in support of the skit in its entirety. Chaddick edited out criticism of the administration in an article opposing the performance, the Daily Sentinel said.

"They were calling the cheerleaders 'fearleaders.'" Chaddick told the newspaper. "That's just inappropriate."


"Excuse me, I think I just dropped something" 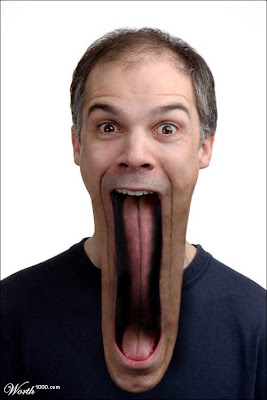