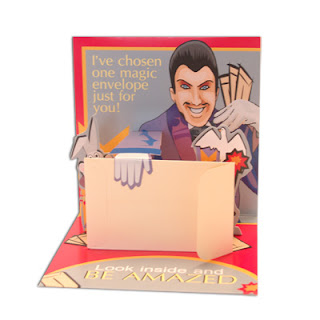 Wall Street Bailout: NOT SO FAST…
The Deal’s off for Now
Breaking News
WASHINGTON - Ignore yesterday’s news. Did Democracy get dressed up in trans-partisan clothing and just crash the party on Wall Street?
The House announced that it has now defeated the $700 billion emergency rescue plan for the nation's financial system, ignoring “urgent warnings” from President Bush and congressional leaders of both parties “that the economy could nosedive” into recession without it. They are taking a break over the Jewish Holiday and will return Thursday. Could this defeat signal an actual Democratic revolt or are Bush House Republicans wrestling the Democrats to the mat, forcing them to add every possible “moral hazard” corporate tax cut/loopholes under what’s left of the sun today? Or is this rescue plan being surgically altered to serve as a New Deal style roadmap for new investment regulations with teeth which will garner full House Democratic support? (I predict an Obama win.)

According to MSNBC News Services “stocks plummeted on Wall Street EVEN BEFORE the 228-205 vote to reject the bill was announced on the House floor. Bush and a host of leading congressional figures had implored the lawmakers to pass the legislation despite howls of protest from their constituents back home. Despite pressure from supporters, not enough members were willing to take the political risk just five weeks before an election.”

Bush/Pinocchio factor. And who can ever believe Bush again, especially now with this “hurry up and sign on the dotted line or we get blown up” hustle after the WMD lies and deception the country has endured since 9/11. So if stocks tumbled today BEFORE the Wall Street Billionaires Bailout was ever even inked, could this be a sign that it might not have been such a good idea after all? Steven Lendman’s article today entitled Grand Theft America explains the depth’s of the criminal, looting Bush administration’s Pinocchio factor:
“Deregulation unleashed casino capitalism, and bankers made a killing. Now they're in trouble and Bush demands "the biggest bailout in American history....or the world will crumble. He said the a similar thing in the run-up to war" so who can believe him now. Egan quotes a dirt farmer asking why not the same "concerns (for) average Americans."

Lendman also reminds us of what of this “timely” little financial meltdown as Peter of Lone Tree first brought to our attention regarding “manufactured incidents” and anticipated public “unrest”:
“An Army Times article saying that the 3rd Infantry's 1st Brigade Combat Team is coming home (in October) from Iraq as (according to the Times) "an on-call federal response force for natural or manmade emergencies and disasters, including terrorist attacks."

Well, Al, let’s hope all of those “high paying” green jobs and the ensuing, booming economy they are billed to create do the trick.